Exploit protection guards against vulnerability exploits for programs on your endpoints. The default settings balance between endpoint performance and protection. You may customize Exploit protection by using its Advanced settings.

IMPORTANT: While this article serves as an Anti-exploit settings reference, we recommend you do not change these settings unless instructed to by a Malwarebytes Support technician. 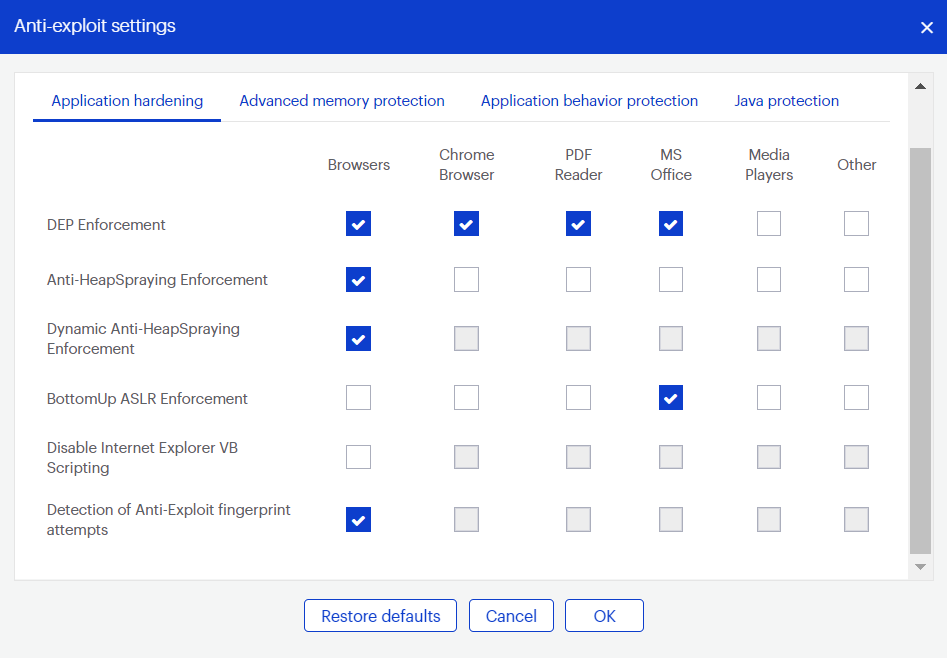 Application behavior protection settings prevent the exploit payload from running and infecting the system. This represents the last line of defense if an exploit is able to bypass previous protection layers. This layer also detects and blocks exploits that do not rely on memory corruption, such as Java sandbox escapes or application design abuse exploits.